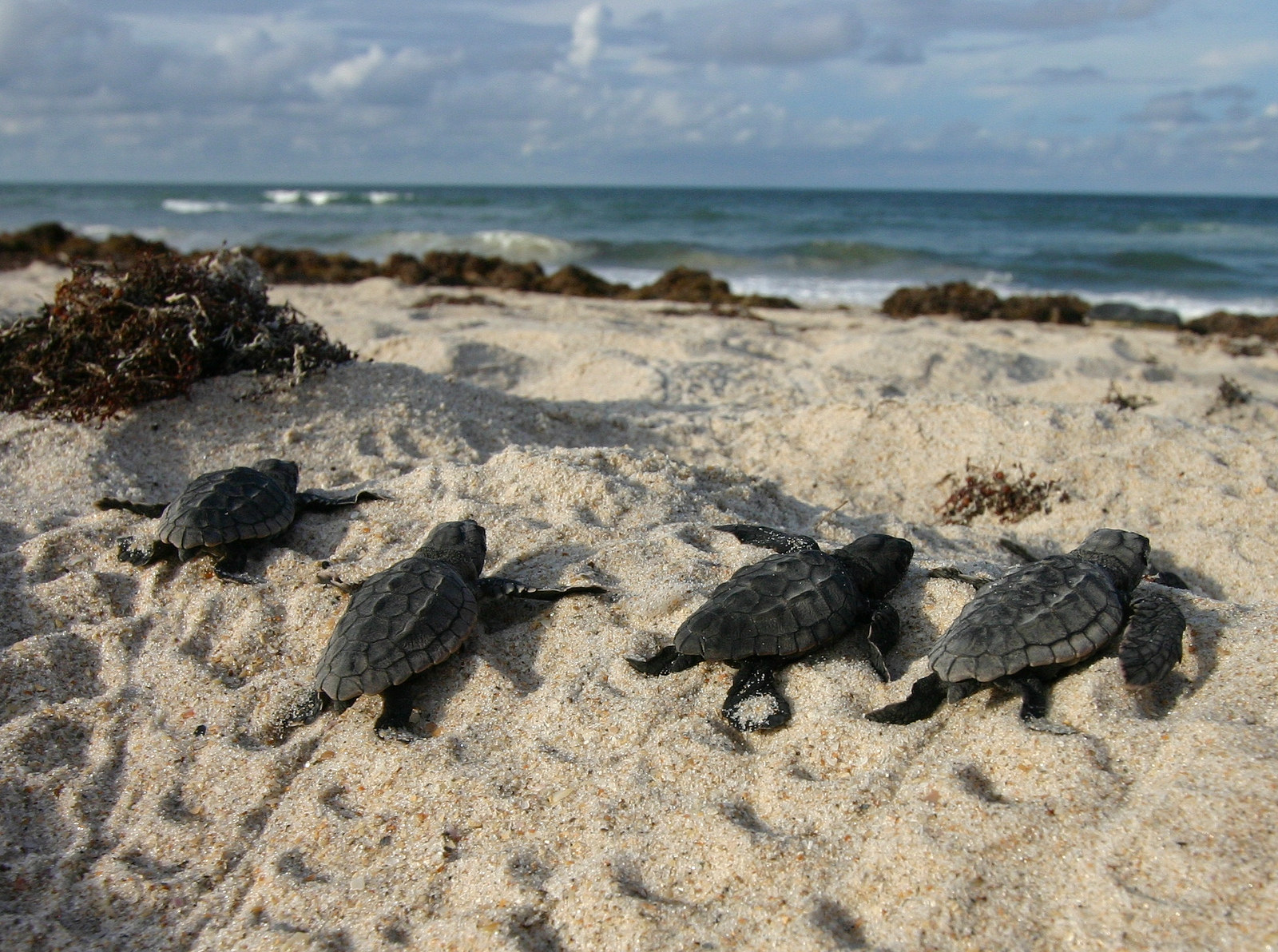 After nearing extinction, sea turtles are making a comeback, thanks to concerted conservation efforts, including by the designers of Sabbia Beach.

While you may not be able to see them on the natural unspoiled beach that fronts the ultra-luxurious condominiums of Sabbia Beach, don’t be discouraged just yet. 90% of sea turtle nests can be found in Florida, and the stretch of Atlantic coastline from the Space Coast to the Gold Coast represents the second most-important nesting area in the world for loggerhead sea turtles. If you do happen on a sea turtle laying her eggs, just remember not to get too close or shine any lights on her—she may not lay her eggs or camouflage them properly afterward.

And be aware that the world-renowned designers of Sabbia Beach took the sea turtles into consideration when designing the building and surrounding landscape. Since 2005, Miami-based ArquitectonicaGEO has been designing contemporary, technologically informed landscapes incorporating sustainable design principles, including the conservation of water, soil, and plants. In laying out Sabbia Beach’s lush landscape, the firm paid special attention to creating a design that would protect and preserve sea turtles and their habitat. The natural beach features preserved, indigenous landscaping, as well as a dune featuring native vegetation.

Florida is home to five of the world’s seven species of sea turtles, all of which are classified as threatened or endangered. Three of those species—the loggerhead sea turtle, the leatherback sea turtle, and the green sea turtle—nest along the beaches of Broward County.

Sea Turtle nesting season runs between April and September and that’s the time when the little hatchlings are most endangered, not only from human interference with their nests but also due to a frantic dash from the nest to the sea after hatching. Because the female lays the eggs then returns to the sea, the nests are vulnerable during the 45-55 days it takes the eggs to hatch. The hatchlings face additional dangers as they make their way to the sea, from predators to artificial lighting which can confuse them, (they use moonlight to help them navigate toward the water).

Fortunately, in Florida it’s a crime to disturb sea turtle nests or harass turtles in any way, and there are numerous programs designed to help preserve the animals. Broward County’s Sea Turtle Conservation Program, for example, conducts daily sea turtle nesting surveys from March 1st to October 31st. One of the most comprehensive sea turtle conservation programs in the state, the daily surveys provide accurate counts of the numbers and types of nests laid, and mark the sites of the nests to protect them from such ongoing activities as beach cleaning and special beachside events.

The program also captures disoriented hatchlings or those who hatch during daylight hours, holding them for release until the safety of darkness, or determines whether to relocate nests to safer areas on the beach. Good news: Broward County’s 2016 nesting season was the most successful since record-keeping began in 1981, with a total of 3,567 nests laid overall.

But even with all the precautions in place to protect the endangered creatures, you can still partake in group sea turtle walks in June and July, led by guides who know the federal and state laws designed to not disturb the animals. If you’re lucky, you’ll be able to see a turtle laying her eggs, then performing the careful camouflage she employs to keep them safe. All sea turtle walks require advance reservations, and you must agree to abide by the regulations, such as no flashlights or flash photography.

One place near Sabbia Beach to sign up for nighttime sea turtle walks and hatchling releases is the Gumbo Limbo Nature Center, 1801 North Ocean Blvd., in Boca Raton (561-544-8605). Hours are Monday through Saturday from 9 a.m. to 4 p.m., and Sunday from noon to 4 p.m. Reservations are required, and children under the age of eight may not attend. Minors under age 18 must be accompanied by an adult. The cost is $10 for members of the Gumbo Limbo Nature Center and $17 for non-members.